10 Facts of Curaçao you need to know 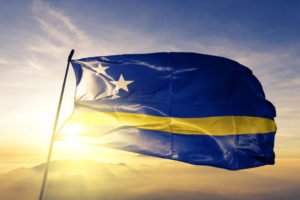 There so many things, little details, of the island that we never take time to notice. Interesting details that may just spark an aha moment for you or give you a little bit more insight on the island. In order to help you out, I gathered 10 fun facts of Curaçao you may not know about.

There are no hard facts about the history behind the name Curaçao, but it’s believed that the name come from the Portuguese word, coração, meaning heart. This can either refer to the fact that Curaçao used to be the heart/center of trade or the place where sailors were left behind and miraculously healed from their seasickness.

There is so much behind the names of places on the island that you may not even know about. Curaçao was conquered by the Dutch in 1634. The city, Willemstad, was then named after the Dutch governor Willem II van Oranje (1626 – 1650). He was Prince of Oranje and from the Oranje-Nassau dynasty.

It is said that the mansions and buildings on Curaçao were all colored white. However, at one point the sitting governor mandated the buildings and houses to be painted in a different color as the white was very reflective and bad for the eye.

Curaçao has a total of 16 MLB players since 1989. With a population of only 160,000 inhabitants, Curaçao produces the most players per capita of any country. This is not even taking into account the number of minor league players from the island. A few successful players are Hensley Meulens, Andrew Jones, Andrelton Simmons, Kenley Jansen, and Ozzie Albies.

Curaçao has a total of 50 nationalities cohabiting together that through time has found their way to the island. All with their own traditions and language. You can see this influence in local history, architecture, food, music, and language. A fun fact of Curaçao is that most locals can speak 4 languages: Papiamentu, Dutch, English, and Spanish.

The Swinging Old Lady is the nickname for the iconic Queen Emma Bridge that connects Punda and Otrobanda. This bridge is the longest pontoon bridge in the world at 170 meters. It literally floats over the Sint Anna Bay thanks to the 16 pontoon boats that carry it.

We have a sunny and dry climate on Curaçao and the temperature always lies around 86°F/30°C. A fun fact of Curaçao you may not know is that the lowest temperature ever recorded was 67.5°F/19.7°C on January 2nd, 2014. Don’t expect to find these temperatures again though. But, if you visit during the rainy season you may see local walking around at night with a sweater at 75.2°F/24°C. That to us means cold!

There’s not one person that has visit Curaçao and not seen an iguana. They’re everywhere and sometimes it even feels like there are more iguanas than people. The iguanas are protected species, however, they have multiplied themselves so much over the last few years the government had to start brainstorming on what actions to take. A special committee consisting of farmers, restaurant owners, and other stakeholder was formed to introduce iguana into the culinary world. At this moment only Restaurant Jaanchies is allowed to serve iguana, but over the coming years you’ll probably see more culinary creations of iguanas pop up in more and more restaurants.

Until recent years, tourism was never big on the island. Contrary to the other neighboring island in the Caribbean, Curaçao still maintains its cultural authenticity because it was never overpowered by mass tourism.

The Curaçao flag’s design is simple, timeless, but represents the most important elements of the island. It consists of three unequal horizontal stripes at a ratio of 5:1:2. The upper left corner contains two stars diagonally set below each other; the upper one smaller than the one below it.

The upper, thicker, stripe has an ultramarine color and represents the blue sky, while the thinner bottom stripe of the same color represents the blue sea. Of course, the piercing bright sun can’t be left out and is well represented in the flag by the middle yellow stripe. The big white star is Curaçao, while the small star is Klein Curaçao.